As 2018 comes to an end, I wanted to personally thank each and every one of you who supported our drive to assist with the disaster relief effort for those so egregiously affected by Hurricane Michael. As many of you know, in October, Hurricane Michael was an immensely devastating storm which wreaked havoc across the Florida Panhandle. Many of you reached out with aide when we announced our participation to help the staff members of several veterinary hospitals whose homes and/or businesses had been either severely damaged or destroyed by the storm. Your overwhelming response with donated goods and supplies reached those in need within just a few days of our campaign drive during our Fall Open House at Braden River Animal Hospital. We cannot thank you enough for the kindness and generosity that was demonstrated with this call to help these people and pets in need. 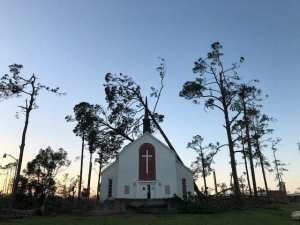 The first photo sent back to us by Dr. Terry Clekis depicting the devastation in the Panhandle region.

As a follow-up to such a large community effort, I wanted to share more about my professional participation during the Hurricane Michael Relief Efforts with the Florida Veterinary Medical Association (FVMA) and the Florida Vet Corps (FVC). These two organizations are an integral part of the State Agricultural Response Team (SART) responsible for the overall management of veterinary response efforts. SART is a multiagency coordination group consisting of governmental and private entities dedicated to all hazard disaster preparedness, planning, response and recovery for the animal and agricultural sectors in the state of Florida. The Veterinary volunteers, as part of the Florida Vet Corps may serve as veterinary assessment teams, in triage or emergency animal treatment teams and animal disease surveillance and control.

As mentioned, Hurricane Michael was a powerful storm, the third most intense Atlantic hurricane to make landfall in the contiguous United States and the strongest storm on record to hit the Florida Panhandle. Michael slammed into Mexico Beach as a Category 4 hurricane on Wednesday, October 10, 2018. The State Emergency Operations Center activated on Monday, two days before landfall. ESF 17 (Emergency Support Function) Incident Management Team opened on Incident Command Post (ICP) in Tallahassee on Friday, October 12th. The ESF 17 is part of the Florida Comprehensive Management Plan through which the state handles emergency and disasters. ESF 17 coordinates the states response for animal and agricultural issues. ESF 17 mission areas include domestic animal, wildlife and pet issues, pre-harvest agricultural issues and vector control issues. 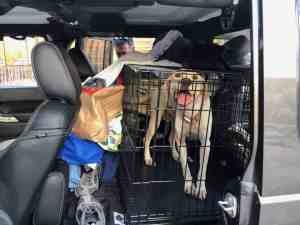 Many pets were rescued in the joint effort during the response to Hurricane Michael Disaster Relief Effort.

With Dr. Glenn Kalick, a colleague and friend, we deployed to the ICP in Tallahassee on Sunday, October 14th. We served as a SART partner and represented the FVMA and the FVC. Other SART partners included: Florida State Animal Response Coalition Florida (Florida SARC), UF/IFAS Extension Disaster Education Network, Humane Society of the United States (HSUS) and the ASPCA. We all work under the Florida Department of Agricultural and Consumer Services. Dr. Kalick and I arrived in Tallahassee with medical supplies from our individual clinics and literally a busload of donations from our clients to be distributed in affected areas. We also coordinated donations and medical supplies from our vendors, pharmaceutical companies and our personal contacts within our industry.

While in the Panhandle, we camped in Tallahassee, but traveled to Panama City and other affected areas within the cone of destruction. During these trips, our destinations were usually a two hour drive down and back to affected areas. We visited several veterinary hospitals to see what needs were, and to assess how long it would take to get operations back to normal. We conducted onsite assessments of pet-friendly shelters, county Animal Service Centers, local Humane Societies and privately run animal rescue groups. We helped set up the Bay County Humane Society with a Mobile Veterinary Hospital which was at the epicenter of destruction and brought supplies to get it up and running. We also coordinated the scheduling of veterinarians to treat and triage affected animals in Bay County. Additionally, we helped coordinated the transport of animals from the Bay County Humane Society to Bay County Animal Services, which fared the storm much better and was a beautiful facility. 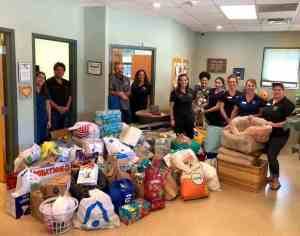 Thank you for supporting the Hurricane Michael Disaster Relief Effort!

With the unfortunate possibility of loss-of-life in the aftermath of the storm, we provided veterinary support for working cadaver dogs in the search and rescue areas. We treated several animals in pet-friendly shelters with the limited supplies we had with us. We also transported individual dogs that were abandoned or in one case, the owner was hospitalized while in a pet-friendly shelter and her dogs were left behind. These animals were transported to Tallahassee Animal Services.

Altogether, Dr. Kalick and I served in the Panhandle for six days as part of a larger collaborative team which saw positive results. We felt like we accomplished a lot, felt like we could have done more, and certainly have a much better idea on what we need to do next time. Regarding our local community efforts, your contributions expressed not only immediate material relief, but even more so, compassion and care to those left with very little. From the bottom of my heart, thank you for your kindness and concern during such a tumultuous time for so many. 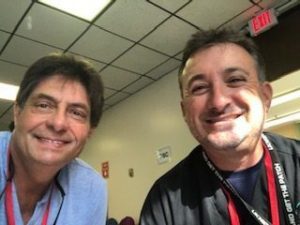 Accessibility by WAH
Call Us